The Accused is Entitled 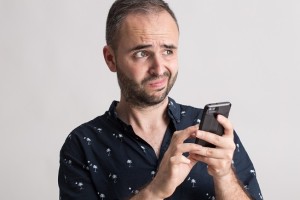 Tom Haviland: I get one phone call, right?

So there you have it.  If you are arrested, you are entitled to one phone call, right?

I mean, you get one in the movies, so it must be true.

The truth of matter is, there’s no constitutional guarantee for arrestees to make a call.  You may be surprised to learn that making a call isn’t mentioned in the Miranda rights either.  The Miranda says arrestees have the right to an attorney, but how they can get in contact with one is left to individual jurisdictions. You may or may not be permitted to use the phone.

However, in many jurisdictions, you do have the right to make a telephone call, and sometimes more than one, but only once you are placed into custody. Generally, you are not entitled to make a telephone call until after you have been booked. Again, depending on the jurisdiction, there may be phones in the jail, and arrestees may be told that they can make as many phone calls as they want – as long as there is somebody to accept collect charges.

Okay, but that begs the question, what if the police take your phone away when they arrest you? Even if they allow phone calls, you have no phone! What happens then?

I took that question to a Maricopa County Police Information officer.

The officer also informed me that there are phones in the Maricopa DUI holding facility and at the jail. So, yes you are allowed to make a phone call if you don’t have your cell phone, so that is good news.

But what if you have no phone numbers memorized?  What then?

The officer’s answer? It depends.

The officer told me that if someone really needed a phone number or two from their phone, and their phone was taken away by the police, depending on the crime and whether or not there is still an on-going investigation, a police officer may help out by getting the phone and looking up those numbers. But again, it depends on the officer and the situation. Every case is different.

So then I asked what happens if the officer won’t do that for you?

The officer told me that’s what phone books are for! And they have them (at the DUI holding center, the officer wasn’t sure if they had phone books at the jail) so that arrestees can look up an attorney.

Just FYI – the attorney that you want is : LOYD C. TATE

You can find it in the Yellow Pages: Tate, Loyd C. Law Office of Click To Tweet

So then, that left me with one last question for the officer. What if there is no phone book?