Pulled over by the Police? Know these tips. 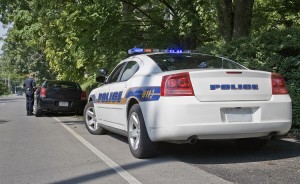 Pulled by the police?

Have you been drinking?

Of course every situation is different and this is not meant to be legal advice for your particular situation, but there are a few things you should know if you are pulled over by the police who suspect you are driving while impaired (DWI) or driving under the influence (DUI).

I call them the “Tate’s Eight”. Eight things you should know before getting behind the wheel of a car after you have been celebrating.

The first thing that you should know is that in Arizona it is not illegal to drink alcohol and drive. Not a wise thing to do, I would add, but not illegal.

Second is that is that you better believe that police DUI task forces will be out in full force over the holidays. The police are looking for drivers who show signs and/or display symptoms of impairment. And if they suspect you, you will get pulled over.

Third, once they’ve pulled you over, they may ask you to submit to one or more field sobriety tests. These are the tests we’ve all seen on T.V. or in the movies – when the police ask you to touch your nose, or ask that you exit the vehicle and perform simple tasks – such as standing on one foot or walking a straight line.

Fourth – and you may not know this – you are under NO obligation – and can therefore refuse – to take any of the field sobriety tests.

Fifth, you are, however, obligated to give a sample of your blood or breath. Most law enforcement agencies have now moved to taking a blood sample. If you refuse to give a sample, then the officer is simply going to call a judge who is on duty. Once he has the judge on the phone, he is going to tell the judge what signs and symptoms of impairment he thinks you are displaying… and the judge is most likely going to give the officer permission to take your blood.

So a refusal to voluntarily give the blood sample is most likely going to result in:

1) The officer obtaining permission to take the sample anyway against your will.

2) If deemed a refusal you can lose your privilege to drive for 12 months AND the officer will take the blood            sample anyway.

Sixth – and the most important point of Tate’s Eight –is this:

If you are impaired - even to the slightest degree - you are subject to receive a DUI/DWI. Click To Tweet

It is that simple.

Seventh, don’t try to talk the officer out of doing his job. By the time an officer starts a DUI investigation the chances that you are going to talk the officer into changing his mind are pretty much slim to none. So bear in mind that any and all statements that you make in anger at this point are not going to help your situation. At all. I would also encourage you to refrain from making any incriminating statements. What you say really can – and will – be used against you in a court of law.

Bottom line when it comes to drinking and driving: If you plan to enjoy some holiday cheer this season, then you should also plan to call a cab, Uber, or a sober friend (designated driver) to do the driving.