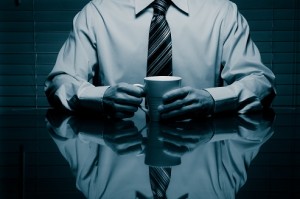 You have probably heard Stabler say it

at least a hundred times, if not more, on TV:

The police must give a person this Miranda warning if:

(2) Police are going to ask an individual questions that might incriminate them, or get them into criminal trouble.
A simple way of putting it is if a person is in custody and there is interrogation, the Miranda Warning must be given.

But so many people, after they have been Mirandized, choose to go ahead and speak with the police without asking for an attorney – even though they have been told that they can have one present. And why is that? Well, because as a culture we are trained from the time that we are very young that we should always speak with the police when they want us to. Remember Mayberry’s sheriff, Andy Taylor, from the Andy Griffith Show? Just tell Andy what happened and everything will be okay, right? That was good T.V. But my friends, this is real life.

And in real life when the police call you in for questioning it is because they are conducting an investigation.

Now let me tell you a little secret: the police are trained in techniques that encourage people to talk with them. They understand how to elicit information from people. They also have some idea of what is going to be evidence in the case that they are working on. In other words, the police know what is going to be important to their case.

You, however, do not.

And, while they are speaking with you, and listening carefully to your answers, they are writing down what you say, or recording what you say, so that they can use that as information for their investigation. While the police are talking with you in the here and now, and while you are answering their questions, you have no idea what will happen next and you are feeling vulnerable and scared. And that is exactly how they want you to feel – because if you’ve been talking to them without an attorney present, you very well may have incriminated yourself without even knowing it. You may have said something that you didn’t mean, or was misinterpreted, or that you thought, but didn’t know for a fact. And again, while you may be struggling to answer their questions in the best way you can, right in the here and now, they are already three steps ahead of you, looking towards the future, looking towards a trial, gathering their evidence, and slowly building their case.

The police are good at their jobs and they know what they are doing. Click To Tweet

So telling your side of the story will help you right? WRONG!

So when is the best time to talk to a lawyer?

Talk to a criminal defense lawyer first before talking to police.

Yes, it’s called “lawyering up”, but it may save years in a prison cell.

And after all, why wouldn’t you want to seek wise counsel to give you a legal perspective on your situation?