But The Drugs Aren’t Even Mine! 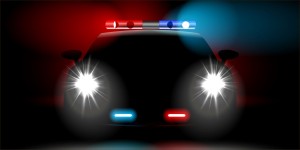 But Officer, I didn’t even know that the drugs were there!

On Tuesday my blog post was about Possession, and the two types of drug possession charges that you can be charged with:

The first type of possession is “actual”. That means that the drug was literally on you (like, for example, if you were carrying it in your pocket).

The second type of possession is “constructive”. That means that the drug was in a place where you could “exercise control” over it. Or to be more clear, the drug was in a near-by place that you could get to if you wanted (like, for example, in the center console of your car).

And I gave this possible scenario:

Suppose you have a friend, and he asks you to drive him somewhere. Let’s also suppose that your friend has some methamphetamine with him and that when he gets into your car, he stashes the meth in the center console. And while we are at it, let’s also suppose that when your friend stashes the meth –  YOU NEVER SAW THE METH AND DIDN’T EVEN KNOW IT WAS BROUGHT INTO YOUR CAR.

Now there you are, just driving along, minding your own business, and the next thing you know, you’re getting pulled over by the police who then discover the meth in your center console.

Well, heck, no one is more surprised than you, right?

So you say to the police “I didn’t know the drugs were there!!!”

Can they still charge you with possession?

In order for a person to be charged with possession – using the above example – he would have to have knowledge that the meth was in the console of the car.

Well, then I guess it is your word against the police, right?

Your attorney is going to try to disprove the State’s case against you.

Ultimately, it would be up to the jury to decide whether the defendant didn’t know, or was just saying he didn’t know.

What should you take away from this post? #TateAgainstTheState. If you really didn’t know about the drugs, and you were charged with possession, hiring an experienced trial attorney, like myself, can mean the difference between prison and freedom. And it wouldn’t hurt to maybe also consider making some new friends.