A Felon in Possession 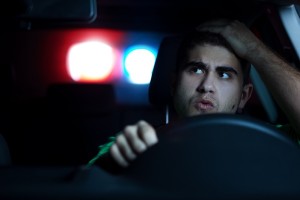 A Felon in Possession…

What you don’t know can get you hard time.

There are various ways that a firearm crime can occur.

One of the most common is called “Felon in Possession of a Firearm” and this happens when the police arrest a person who has previously been convicted of a felony is in possession of a firearm has not had his/her civil right to carry a firearm restored.
Although some people are under the misguided belief that as long as you don’t own – or didn’t purchase – the firearm, no charges can be brought against you.

The reality of the situation is that the State only cares that a felon:

Here is a likely scenario – a prohibited possessor (a person with a felony) is riding in the passenger seat of a friend’s car and he is fully aware that there is a gun is under the passenger seat (or anywhere in the car) well within his reach. He’s thinking, “Yeah, I know I’m not supposed to have a gun – and I don’t, it’s my buddy’s gun not mine.” Don’t be kid yourself. Who owns the gun simply doesn’t matter in the eyes of the law. The state can still charge.

Did you know that even in Arizona there are certain firearms you cannot own unless you have a license to have that specific firearm? That’s right… there are firearms that are listed under the National Firearms Act that require you to have a license to purchase or own them.

If you are charged with a state or federal firearms violation you need an experienced attorney. Firearms crimes are serious, and if a firearm is used in the commission of a federal or state offense a person can spend several years in prison.

You need an experienced lawyer. Choosing the right lawyer may well be the most important decision that you make in your life. Understand that in many cases the lawyer you choose can make a real difference in your case. You need a lawyer who is on your side and ready to not only help you – but fight for you.