Medical Marijuana – What You Should Know 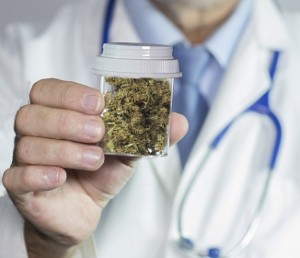 allow you to smoke marijuana

and not be prosecuted for DUI?

Possessing a medical marijuana card does not prevent a person from being prosecuted for DUI.

If a person smokes marijuana (or in any other way ingests it) and then chooses to drive – even if he has a medical marijuana card – he is just as at risk of getting a DUI as the person who doesn’t have a card.

You can still get a DUI - even if you have a Medical Marijuana Card! Click To Tweet

Are you surprised? Did you think having a medical marijuana card and showing it to a police officer some how made someone exempt from being investigated for DUI?  Well guess what?  It simply isn’t true. And you know what else?  A lot of people think it is.

Here’s the deal. It has been my experience that when the police are presented with a medical marijuana card after pulling some one over for a suspected DUI, they become even more eager to investigate the situation. Why? Because they are going on the assumption that if a person has the card and is showing it to them, then it is probable that he has recently used the drug. And if indeed that is true, then it will be detected in his blood. And if it is detected in his blood…. well then that medical marijuana card will not exempt him from being charged with a DUI.

Get the facts. A.R.S 28- 1381A makes it illegal to drive a motor vehicle while under the influence of alcohol or drugs. If the police have probable cause to stop a driver (any traffic violation will probably suffice) and then they subsequently smell marijuana, see red, watery, blood-shot eyes, eyelid tremors, raised taste buds on the tongue, or any other signs and symptoms of being under the influence, the police will likely conduct a DUI investigation.

Without getting too technical, let me explain what the police are actually looking for when the test someone as part of their investigation. First you need to understand that marijuana itself doesn’t actually stay in the body. However, some of the chemicals in the drug do, such as THC (delta-9-tetrahydrocannabinol) and  9-carboxy-THC. So the police perform the test to see if those chemicals are present in someone’s blood or urine. And here’s a key point – if it is, then the police can prosecute for DUI. But, if it has broken down completely, then no chemicals would be present when the test is done. And then there would be no DUI charge.

Okay, so how is anyone going to know when the drug has broken down to that point? Well the only way to know would be when the results of the test come back.  And that is quite a chance for someone to take, right?

Bottom line when it comes to marijuana: Don’t ingest marijuana and drive a vehicle.

Bottom line when it comes to medical marijuana cards: The card is not going to help someone if they are under the influence and pulled over by the police.